Take Back the Night

A march to end gender violence

Thursday, September 17 at 7 pm - Gather at the Coles Building in Charlottetown, the march ends at the pavilion in Victoria Park. 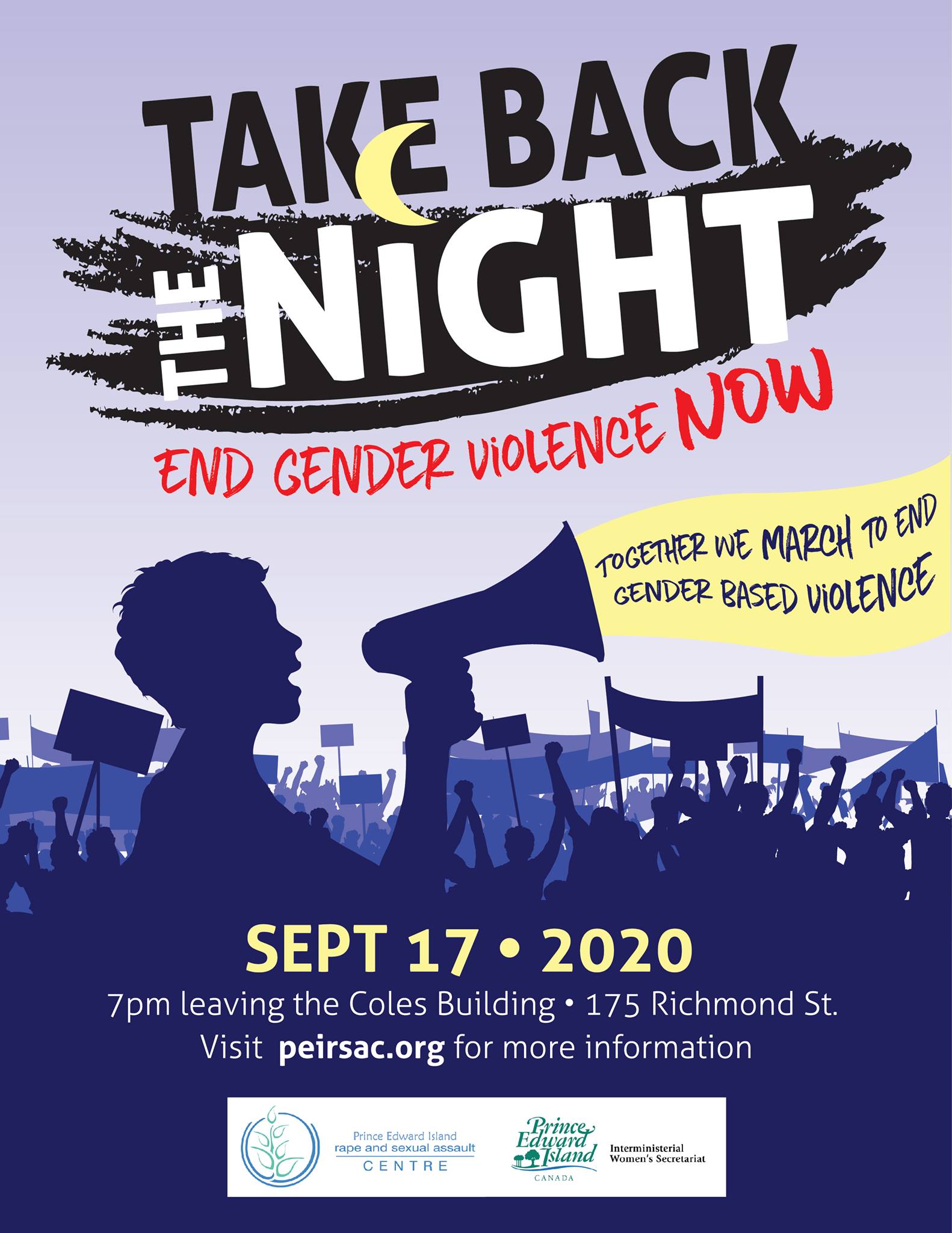 We march for an end to gender-based violence in all its forms. We will gather at the Coles Building on Richmond Street and march to Victoria park for music and speeches.
Take Back the Night is the earliest worldwide movement to stand against sexual violence, specifically violence against women. TBTN events began in Europe in the 1960’s to protest the lack of safety women experienced walking the streets alone. These events have grown into hundreds of events on University campuses, and communities of all sizes and geographical locations.
Historically, Take Back the Night events were “women only”, but as our understanding of the impacts of sexual violence grows so too has the inclusivity of this event. This event is being organized by a coalition of PEI organizations, and is spearheaded by the PEI Rape and Sexual Assault Centre. Financial support is provided by the Interministerial Women's Secretariat of the Province of Prince Edward Island.
For more information visit www.peirsac.org