While some of the actions in PEI's recently released Poverty Reduction Plan will benefit some on the short term, it might easily be seen as a plan to keep poverty as an inevitable part of the structure of Prince Edward Island. 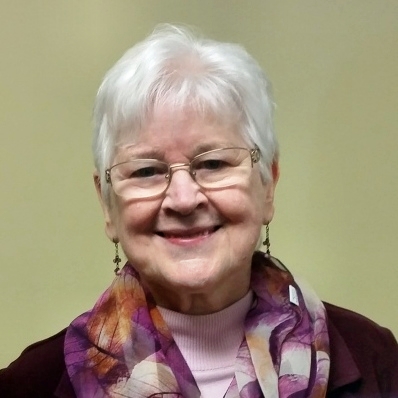 Cooper Institute, since its founding thirty four years ago, has promoted the ideal of the universal right of every human being to uninterrupted access to the basic necessities of life. We have listened to many voices across PEI. People of every sector and every class have told us that we need to have a total change of mind and heart in the community and in government concerning the high percentage of people in PEI who live in poverty and/or who live on the edge. PEI needs to end poverty in the long run, not only to reduce it.

With many other organizations on the Island, we looked forward to the presentation of the PEI Government’s “Poverty Reduction Action Plan”.  This was a work in progress for the past six years since the last ill-fated attempt, the “Social Action Plan to Reduce Poverty” (2012 ).

With the very name of the government’s Poverty Reduction Advisory Council in early 2018 it was clear that reduction of poverty, not its elimination,was the framework.

The collaborative engagement process designed by the Poverty Reduction Advisory Council was impressive. The hours of dedicated work were inspiring. Many people from all walks of life told them about the need to address the effects of inadequate income on the lives of too many people.

Out of the many consultations, the Council came up with an elaborate plan of action to improve many aspects of low income Islanders over next six years, which will correspond to the span of two elections. They proposed ways of improving access to food, housing, mental and physical health care, and education. All who were engaged in any way in the six month consultation process would rejoice that more people would be helped either by increased services or a raise in the amount of money they could receive to meet basic needs. It is clear that the life of some people living in poverty would be somewhat better in the coming years. Getting a bigger cheque, being able to afford more food, having access to better housing will mean a better life for many people. We rejoice in that. However, we have a number of concerns about the Poverty Reduction Action Plan as presented by the Government of PEI.

The major concern, and disappointment, is related to one of the guiding principles included in the Plan making a commitment to deal with the root causes of poverty:“Addressing the inter-related root causes of poverty to overcome poverty today and prevent poverty tomorrow”. We do not see an exposure of the “root causes”. It would have taken extraordinary the courage to dig deeply enough into the roots to identify the economic model as a direct cause. It is an economic system which traditionally has made the rich richer, and the poor poorer. This is an economic system which defends the trickle down theory, that the riches at the top will somehow trickle down to the impoverished masses, which does not happen.

Another aspect of this guiding principle are the goals of overcoming poverty today and preventing poverty tomorrow. The actions outlined in the report neither overcome poverty in PEI today nor is there a path for prevention of poverty in the future. True, there are improvements which will better the situation of a number o people living in poverty. They certainly cannot overcome poverty even in the short term. Even if PEI followed the aims of the federal poverty reduction strategy and were able to reduce poverty by 50%.. This begs the question after all that what about the other fifty percent.

Concerning the goal of preventing poverty tomorrow, there really is no long term plan in the Action Plan. Even though in every consultation session, we and our collaborators introduced Basic Income Guarantee as a long term solution, there is not one mention of this program as a future possibility for the elimination of poverty in the years to come.

In conclusion: Cooper Institute rejoices with those whose lives will be improved in increments.  We are grateful for the work of the Poverty Reduction Advisory Council. We congratulate the Government for taking some sincere steps to alleviate the suffering of many people living in poverty.  On the other hand we see that the government’s Poverty Reduction Action Plan is a plan to keep poverty as and inevitable part of the structure of PEI.